The heathland of Beacon Hill is an important site for wildlife, providing varied habitats for a wide range of plants and animals. Due to its ecological and geological importance, much of the country park is designated a Site of Special Scientific Interest (SSSI) and areas around the summit are protected as a scheduled ancient monument (SAM).

The grazing livestock within the country park are vital in controlling scrub and encouraging the growth of heathland plants and wild flowers. Mixed herds of cattle and sheep graze the heathland and meadows. Alpacas, which are native to South America and are naturally protective, have also been introduced to watch over the sheep.

Rare breed pigs are used during the summer months to help restore the valuable heathland habitat by uprooting and clearing the unwanted species such as bracken and birch scrub, allowing heather and gorse to grow. A walk along the trails through the woodlands at Beacon Hill is special at any time. Watch out for carpets of Bluebells in the spring and the vivid colours of autumn late in the year.

During the summer months our wildflower meadows add splashes of colour and attract a host of bees, butterflies and other pollinating insects. The meadows are cut for hay in late summer providing winter feed for our grazing livestock. 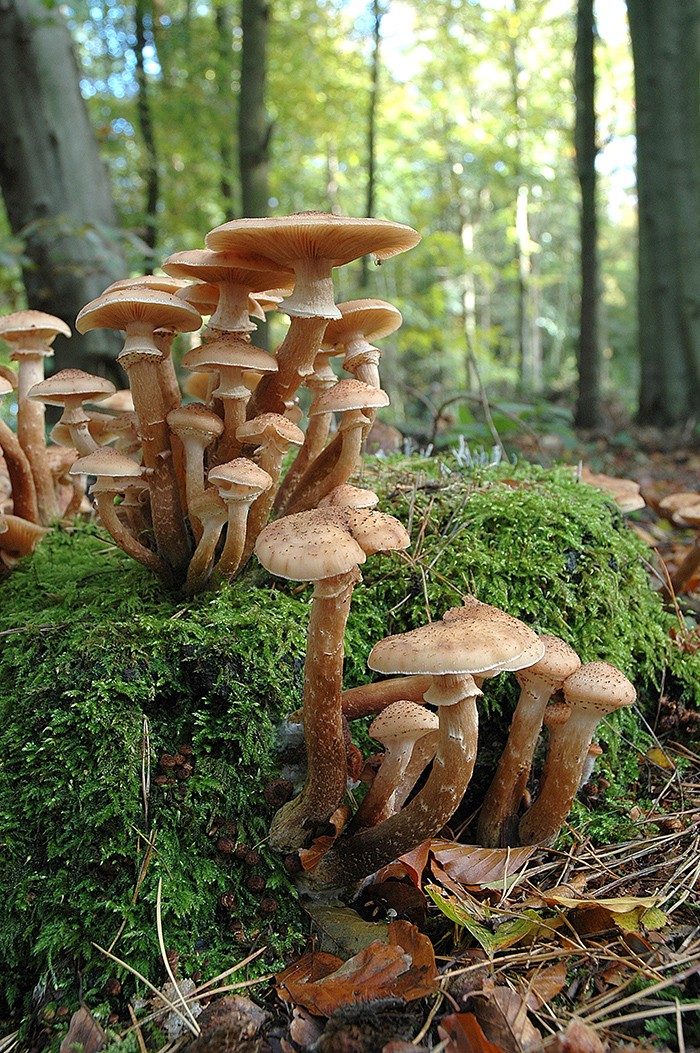